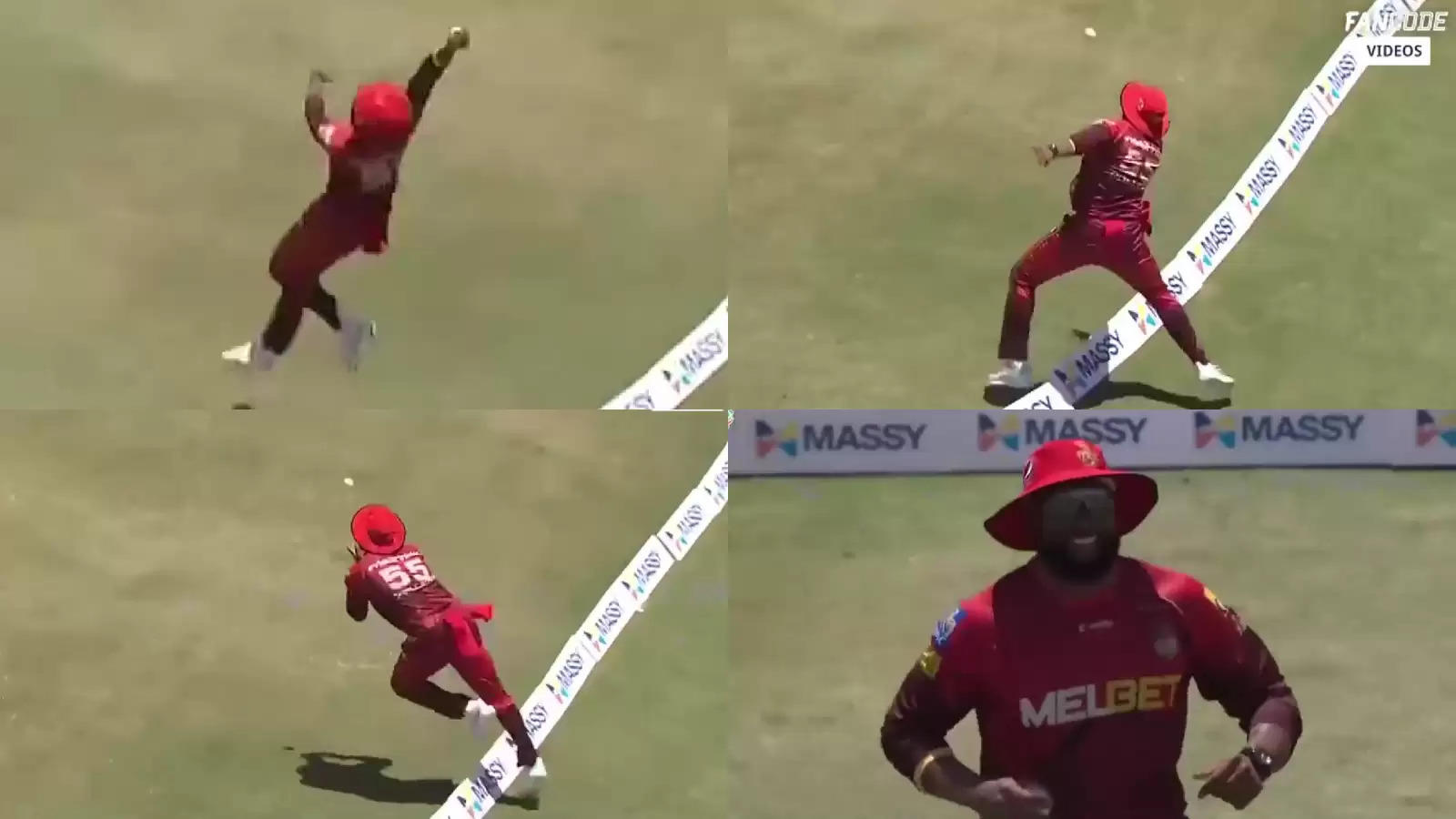 Pollard at his athletic best!

Kieron Pollard, known for his brilliance in the field to go with his outstanding power-hitting, demonstrated the former skill brilliantly in the second match of the ongoing Caribbean Premier League (CPL) 2022 between the Saint Lucia Kings and Trinbago Knight Riders on Thursday, September 1.

At the receiving end was Pollard’s West Indies teammate Alzarri Joseph, who tonked a length ball towards long-on on the fourth ball of the final over of the Saint Lucia Kings innings. It appeared to clear the ropes, however, Pollard, stationed at long-on, leaped up high, timing his jump perfectly to pluck a one-handed grab. The momentum took him over, but he had the presence of mind to throw it back in play – all in one motion – to complete the catch.

ICYMI: Kieron Pollard took a STUNNING boundary catch in the CPL. Leaping around the boundary like an 18yo!pic.twitter.com/w1OKnyReQM