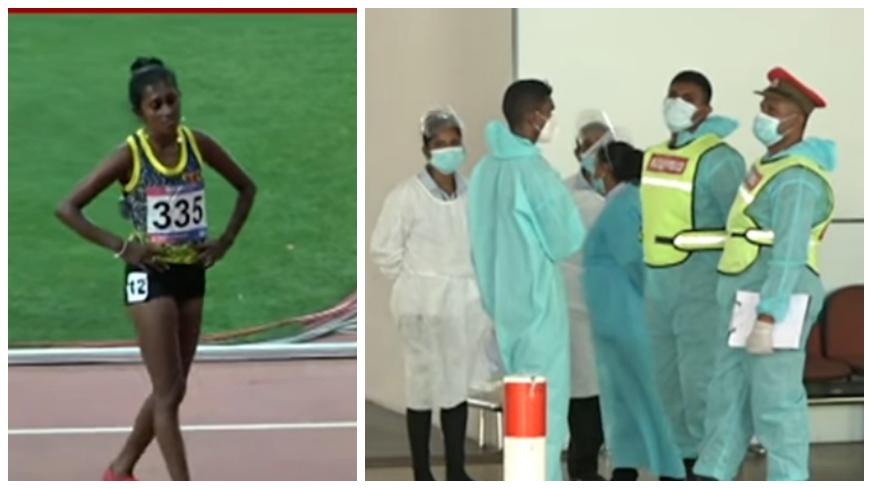 Ten Sri Lankan athletes who had participated in the recently concluded Provincial Athletics Tournament in India have been placed at a Government quarantine centre in Akuressa upon their arrival to Sri Lanka.

The athletes had participated in the tournament due to qualification requirements for the Tokyo Olympic Games 2020.

According to reports, they were supposed to undergo quarantine in a hotel at the Sugathadasa Stadium in Colombo, in order to continue their training. However, a sudden change in decision in this regard had taken place after the Sri Lankan athletes had arrived in the country.

Sri Lankan athlete Nilani Rathnayake who excelled in 3000m Steeple Chase and has qualified for the Tokyo Olympic Games 2020, is among the Sri Lankan athletes quarantined at the Government Centre.

With three -weeks for the Olympic Games to commence, it has been reported that the decision to place the athletes, including Rathnayake at a Government quarantine centre, has hampered their preparations and training for the Games.

Meanwhile, three senior Sri Lankan cricketers who were recalled after breaching a bio-bubble while on tour in England are undergoing quarantine in a hotel in Negombo. (NewsWire)